During his time at MUN Radio, Mike was influential in guiding many university students into campus radio and since that time, Mike has mentored numerous aspiring broadcasters.  In addition, his dedication to supporting Newfoundland musicians has not gone unnoticed.  Mike can be found at music shows across the island (and Atlantic Canada). Local musician, and former Timber frontman Billy Hickey, has called Mike “a great guy who has been a huge supporter of local music for as long as I can remember!”

This year, this well-respected radio personality has been named one of only 10 contenders for the Music Director of the Year at the 2015 Canadian Country Music Awards.

with The Road Hammers

Making it to the second ballot of the 2015 CCMA Awards Program, is impressive as Mike is the only music director east of Ontario in this category. This year, Canadian Country Music Week starts September 10th in Halifax, Nova Scotia.  It would be fantastic to have a representative of an East Coast radio station in the final voting.

All eligible CCMA members can cast their vote for Music Director of the Year.  The second ballot closes Friday, July 3rd.

The Halifax Musicphile sends a huge congratulations to Mike Thomas and KIXX Country on this honour!!! 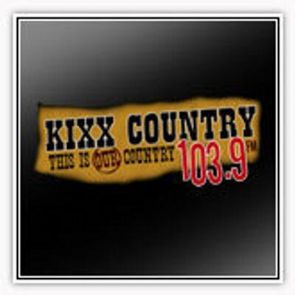